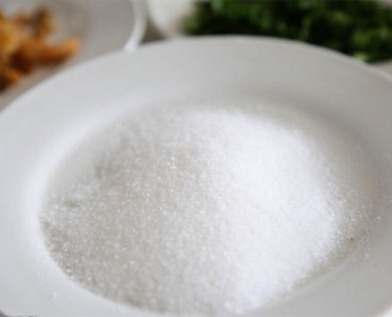 The American Science American said on October 29 that the researchers analyzed the common salt of 15 brands purchased from supermarkets across China. They found polyterephthalic acid in ordinary salt water bottles for the production of ordinary plastic water bottles. Ethylene glycol esters, as well as polyethylene, cellophane and many other plastics. However, the salt industry in Guangdong Province told the Guangzhou Daily reporter that it is â€œrunningâ€ to leave the content of salt-containing plastic particles. The amount of plastic particles in Chinese salt intake is much lower than that of Europeans. The seawater is flowing, in Chinese sea salt. The presence of plastic particles is also present in foreign sea salt.

According to reports, the researchers analyzed the common salt of 15 brands purchased from supermarkets across China. They found polyethylene terephthalate used in the production of ordinary plastic water bottles, as well as polyethylene. , cellophane and many other plastics. Among them, sea salt is the most polluted by plastics. The researchers measured more than 1,200 plastic particles per pound (1 pound or 0.45 kg) of sea salt.

However, Scientific American also pointed out that Sheri Mason, who studies plastic pollution at the State University of New York at Freedonia, said that producers generally extract sea salt from seawater by evaporation, a process other than water. Everything else has been left behind, so it is very likely that sea salt is contaminated with plastic particles outside of China. He said: "Plastic has become such a ubiquitous pollutant, so I think it is not important that you find plastic pellets from Chinese supermarkets or sea salt on US supermarket shelves."

In addition, the research team also said that if a person's intake of sea salt reaches the maximum recommended by the World Health Organization, then this person will consume about 1000 plastic particles per year. This is still lower than the plastic particles that Europeans eat from shellfish. According to a report released last year, it is estimated that the average number of plastic particles in the shellfish consumed by Europeans per person per year is 11,000. Shellfish are contaminated by tiny marine pollutants.

Next: Stair height standard How to design the slope and width of stairs